40th Anniversary of Our Troubadour Shows

September 21st and 28th Troubadour Shows… After the first show W.A.S.P. did in August we were trying to move up to Hollywood. That was the place if an artist wanted to really get noticed was the only place to be. From as early as the 1960’s Los Angeles was the place to be if a record deal was an artist’s ultimate goal. Yes, it could be done elsewhere, but L. A. was the place that was the real seat of power in the music world. But the day after our first show we had a major

40 Years ago today my life changed. To change in ways I had dreamed, but also to end up different than I had imagined. It’s impossible for anyone to foresee the totality of ways life will change when those dreams become reality. It was 40 years ago today W.A.S.P. played it’s first show, Aug. 28th 1982, at a long gone club called the “Woodstock”. The lineup at that time was Tony Richards on Drums, Chris Holmes on Lead Guitar, myself on Guitar and Vocals and Don Costa on Bass.

This August 16th will mark the 45th year of the passing of Elvis Presley, the undisputed "King of Rock and Roll". There is really nothing that I can say about him that has not already been written about his life or his genius. Those that know me know I am a huge, huge Beatles fan. The basic 2 part vocal harmonies that they did would become the foundation of what W.A.S.P. has done for 40 years. They too had a multi generational genius that will resonate as long as there a

Blackie Lawless Recaps Sweden the First W.A.S.P. Shows in Two and a Half Years

It was December 2019, Sao Paulo Brazil, the last time we set foot on any stage of any kind anywhere in the World. Little did any of us know this same "World" was about to dramatically change… for all of us ! At that time we were busy preparing for what was to be the “1984 To Headless” World Tour. In late January 2020 James Hetfield was premiering his Custom Car Collection at the Petersen Car Museum in L.A. and being a vintage “car guy” myself I was keen on going to check it

“Слава Україні! – Glory to Ukraine” With regards to any invading force, I am an American. I am an American first. I put my country first. I put my Nation’s People first. Whether we are Democrats, Republicans, Independents, Libertarians, Progressive, Liberal or Conservative, in moments of true crisis, any and ALL individual, selfish wants must be laid down for any nation to survive. A nation’s people must come first. Of the Americans that are alive now, regardless of modern s

Due to the ongoing events on the world stage, W.A.S.P. will not be performing the shows in Russia scheduled for 2023. To our Friends and Fans there, hopefully, one day, we’ll meet again…"Dasvidania” W.A.S.P. Management #40YearsLiveWorldTour #BackToTheBeginning #BlackieLawless #WASP #waspnation #hardrock #heavymetal #80smetal #wildchild #thelastcommand #theheadlesschild #thecrimsonidol #golgotha

W.A.S.P. announce a limited number of European Outdoor Summer Festivals. The European portion of the 2022 World Tour was to be played at indoor venues. Because of the indoor covid restrictions in several Countries, the band have postponed this part of the tour until Spring 2023. The band hope to see you at these festivals. Visit the TOUR page for links for tickets and info. Festival Shows July 23, 2022 - Stockholm, Sweden - Rock pa Skansen July 30, 2022 - Rejmyre, Sweden -

W.A.S.P. Announce the Postponement and Rescheduling of the 2022 European Tour to Spring 2023

W.A.S.P. will be postponing the European 40th Anniversary Tour scheduled for Spring of 2022. With great disappointment, because of the world wide covid pandemic, the band are forced to postpone the tour until Spring of 2023. The new European dates for the continuation of the 40th Anniversary World Tour have been rescheduled for March, April and May of 2023. Those new dates are available to view at WASPNation.com/tour. Please check those new dates to find the dates and venues

Do you have W.A.S.P. photos, flyers, posters, ticket stubs, magazine covers, newspaper/magazine ads, promotional items? Did you meet the band? Do you have a tattoo, fan art? We are putting together a book to include in our upcoming box set and want to see what you have to maybe include it in the book. Head over to the CONTACT page and send us a message with a link to what you have. We will take a look at everything submitted and will be in touch. #40YearsLiveWorldTour #BackTo

June 6th 2022 marks the 40th Anniversary of the band that has rocked and shocked, thrashed, trashed and blasted its way into shock and roll history. Your band, the world’s band… my band W.A.S.P. To celebrate, the band will embark on their first U.S tour in a decade and take fans back through 40 years of madness. Coming along for the trek are L.A.’s ARMORED SAINT, who are also celebrating their 40th Anniversary. And as a special treat, MICHAEL SCHENKER will appear on the Texa

Malcolm Dome was part of W.A.S.P.’s initial success with Kerrang. He was part of the team that had the courage to put me on the cover when #1, nobody really knew who we were and #2, that cover got banned from all the WH Smith outlets. Rock n roll lost a real champion. — Blackie Lawless #40YearsLiveWorldTour #BackToTheBeginning #BlackieLawless #WASP 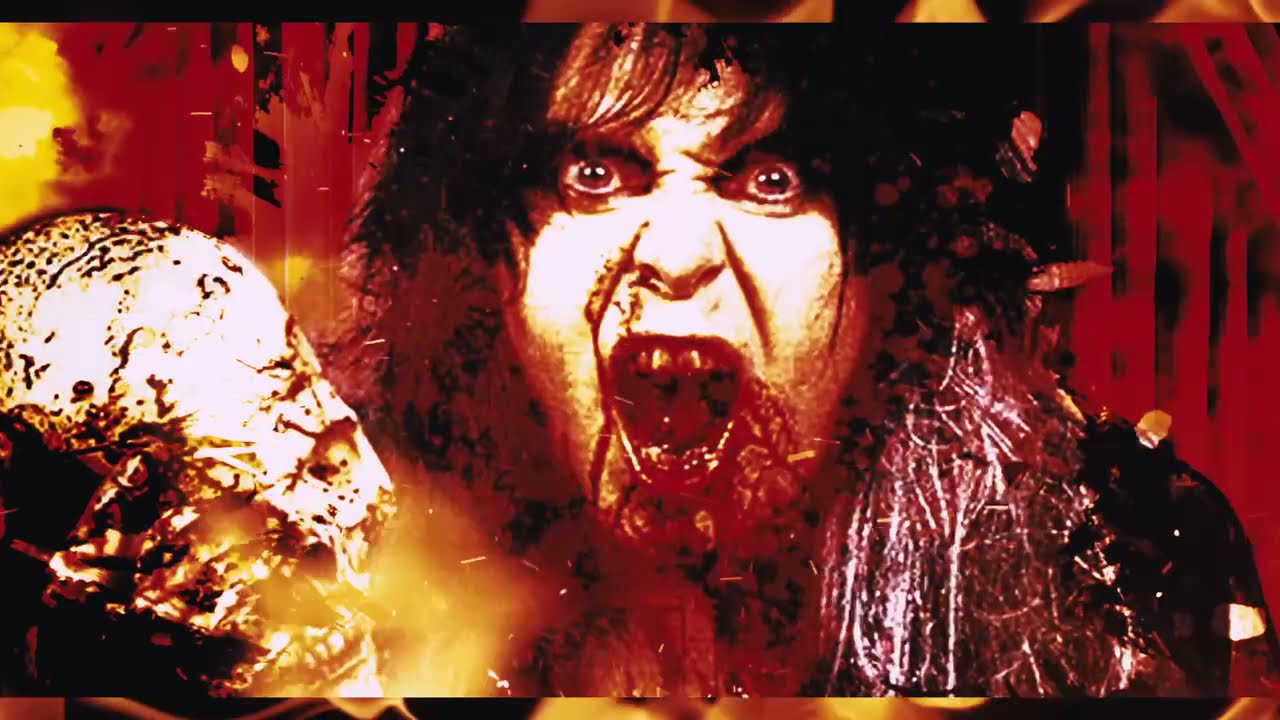 W.A.S.P. tour dates can be found at www.WASPnation.com/tour Witness Live the Winged Assassins specticle of “SHOCK and ROLL” as they take you Back…Back to the Beginning! #40YearsLiveWorldTour #BackToTheBeginning #BlackieLawless #WASP